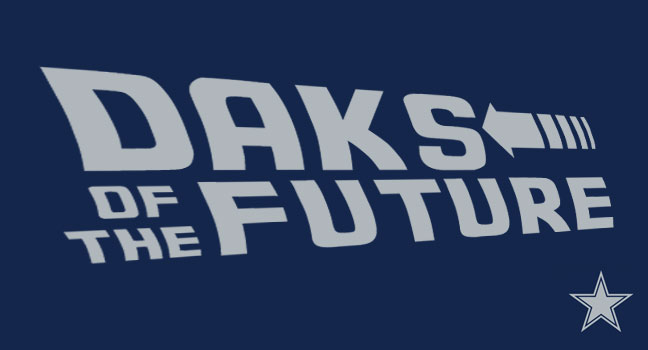 The quarterback has led the Dallas Cowboys to the best record in the NFL.  His jerseys are among the highest sellers in the league.  Analysts say he could be the rookie of the year and most valuable player.  Prescott could be the spark Dallas needs to return to long-term prominence and its role as “America’s Team.”

And let’s be clear: if the Cowboys season had gone as planned, he never would’ve stepped foot on the field.

None of us like losing our star performers.  Whether it’s a top seller, most efficient employee, or pro bowl quarterback, the performer’s departure initially leaves a gaping hole behind.

Rather than sitting around and feeling frustrated with the situation, leaders have to look at this as an opportunity.  It’s a chance for someone else to step up; a chance for the organization to improve.

It’s not a disaster.  It’s a challenge.

I doubt Cowboys owner Jerry Jones or coach Jason Garrett initially believed Prescott would be able to perform as well as his predecessor.  No one in their position would have.   But they made the decision to go with Prescott and put their full confidence behind him.  They didn’t try to make excuses or look down the road to future seasons.  They committed to winning with the players they had and tried to put them into positions where they’d succeed.  With that trust (and plenty of hard work), Prescott has accomplished some amazing things season.

Not every “next man up” will have the success of Prescott.  We have to expect that.  But when the unexpected happens, we might just have something special on our hands.

I strongly believe the Dallas Cowboys would not have an 13-2 record if Tony Romo was the quarterback.  The Cowboys wouldn’t be in the position they are now in without employee turnover.

Let’s learn to embrace it — just as Cowboys fans are embracing their new star quarterback.

Processing…
Success! You're on the list.
Whoops! There was an error and we couldn't process your subscription. Please reload the page and try again.