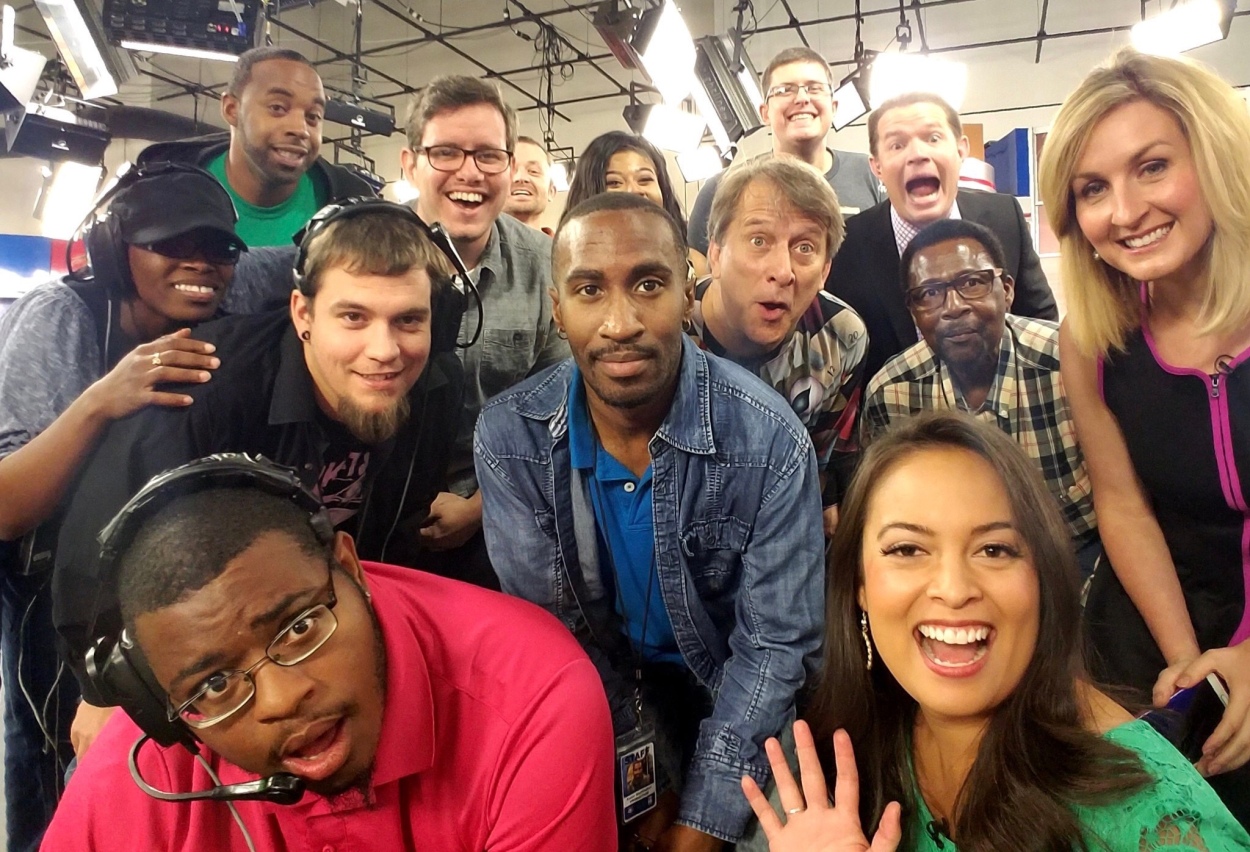 We all have those glass-half-empty days at work where we feel unaccomplished. Restless. Underappreciated.

The next time that happens to me, I’ll be thinking about Aaron Washington.

I wish I had known Aaron. He worked at KARK and Fox16 as a production assistant running camera and working in the studio, where I just don’t spend much time. We’d exchange hellos in the break room. When we passed each other in the hall, we’d smile. But that was pretty much it.

To be honest, I didn’t know anything about Aaron until he was gone. He died last month at 33.

After his funeral, Ed Stowell, our director of operations and Aaron’s supervisor, returned to the station clearly moved by the service. A few days later he addressed the department heads to tell us something I haven’t stopped thinking about since.

Aaron grew up in the small South Arkansas town of Dermott. Roughly 75 percent of the 3,000 people who live there are African-American. A third of the population lives below the poverty line. The average income in the town is $18,000.

The town of Dermott took great pride in the fact Aaron “got out,” Ed relayed to us. He went to college in Michigan and worked in radio in between classes. He completed internships at KATV in Little Rock and WXVT in Greenville, Mississippi. After college, he landed a job with KARK and Fox16.

People in Dermott adored the fact that Aaron worked his way to Arkansas’ capital city. During his funeral service, a speaker even suggested Aaron should be celebrated in Dermott during Black History Month.

He served as an inspiration for his city.

How special is that?

So what can we learn from Aaron — even those of us who didn’t know him well? In some respect, everyone is an inspiration to someone. Perhaps it’s a parent who didn’t graduate from college and is rooting you on. Maybe it’s our children who will learn from each move and decision we make. Maybe it’s the third grader you took the time to read to during an event, who now sees a new opportunity he had never imagine for himself. Or maybe it’s the high school student you spent a few minutes talking with, even though you really didn’t have the time, who is now motivated to follow in your footsteps.

Not everyone has a town behind them. But we all have someone.

When you think about work with that perspective — keeping Aaron’s story in mind — the small stuff you allow to bring you down becomes a lot smaller. The restless thoughts that can easily control you become much easier to brush off.

A excerpt from the program handed out at Aaron’s service read, “Aaron always looked for the good in everyone and lived life to the fullest. He saw the glass as half full.”

Life is too short for negativity. Keep filling your glass.

Processing…
Success! You're on the list.
Whoops! There was an error and we couldn't process your subscription. Please reload the page and try again.

15 thoughts on “Lessons Learned from the Death of a Colleague”